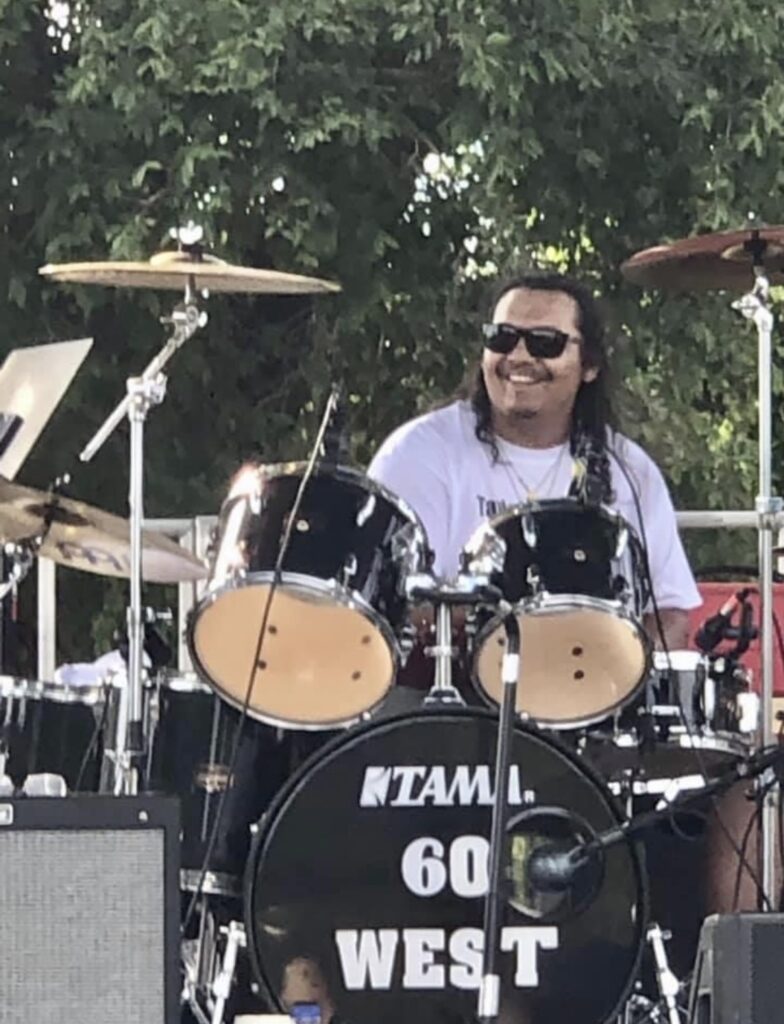 Phillip Cervantes began drumming at the age of 11 and has done so for the last ten years. His love of music was heavily influenced by his family. Some of his earliest musical memories were waking up to his mom’s favorites: Elvis Presley, George Michael and Duran Duran, but of all of these it was Rick Springfield that most inspired him musically and continues to do so. His sister introduced him to different types of music and that allowed him to delve into his own musical world. Around the age of three, he was introduced to the one event that had the most influence on his life, the video recording of Live-Aid. This monumental musical event cemented his desire to want to make music and have music in his life. He poured over countless hours of videos and performances, watching and learning. He came to admire many of those drummers he watched, but the first one that really made an impact was Roger Taylor of Duran Duran. The desire to play the drums has become his life goal and music has been and will be his life. “I am so happy to be a part of the GIO Cymbal family.”